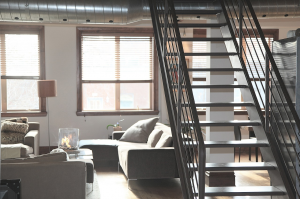 Positive and Negative Aspects of Downsizing

At a certain point in time, many homeowners find themselves with a slight issue. Their children have moved out into their own homes, freeing up a large amount of space. While some homeowners may find this liberating, it can pose a problem for others. To deal with this abundance of space, many homeowners will do something called downsizing. This is where they sell their current home and move into a smaller living space. There are a number of positive and negative aspects of downsizing. As a homeowner, it is beneficial to know what these positive and negative aspects are. This will make it easier to make a decision when the time comes.

Positive Aspects of Downsizing
There is an abundance of positive aspects to downsizing. One of the prominent benefits is that it gives the homeowner some financial freedom. Many homeowners will spend a fraction on their new home of what they paid for their old one. This gives the homeowner tens or hundreds of thousands of dollars in profit. The homeowner can use this as a retirement fund or spend it frivolously on whatever they please.

Another positive aspect to downsizing is that smaller homes are easier to maintain. There are often fewer rooms and areas that need to be cleaned in smaller homes. They will often also come with small front and backyards. Although some may see this as a negative aspect, it is extremely beneficial for older homeowners. This is due to the fact that older homeowners aren’t always in the best condition to be constantly maintaining a home.

Negative Aspects of Downsizing
Although there are a number of benefits to downsizing, there are a handful of negative aspects that go along with them. Even though smaller houses are easier to maintain, they don’t offer as much room for guests. This makes it difficult to host parties and have family or friends stay over.

For more information about the positive and negative aspects of downsizing, be sure to contact the real estate experts at Tammy Sells Rockwood.